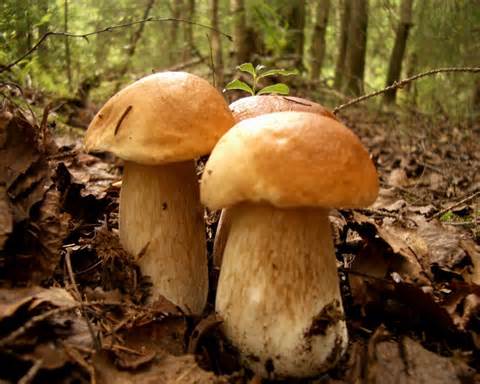 In ancient China the Reishi Mushroom was referred to as the mushroom of immortality and eaten exclusively by royalty due to it rarity. It's been used in traditional Chinese medicine for at least 4000 years. It’s been called “Mushroom of Immortality” because it’s protective abilities and to help slow aging.  It's known in China as Ling Zhi which literally means supernatural mushroom. Reishi is used to boost the immune system, enhance and reinforce your body's natural defenses, reduce stress and prevent fatigue. Reishi is a potent adaptogen which are herbs and other substances that increase the body’s resistance to stress and help it overcome health challenges faster. Reishi’s health benefits include antibacterial, antiviral, anti fungal. Chinese and Japanese herbalists have traditionally recommended Reishi mushrooms for insomnia. Other studies report that Reishi improves both neurological and psychiatric conditions including muscle tension, and the weakness following lengthy illnesses. Regular consumption of Reishi can enhance our body’s immune system and improve blood circulation, contribuating to better overall health. It can also be helpful for anxiety, high blood pressure, hepatitis, bronchitis, and insomnia.

The Maitake Mushroom had monetary value and was worth its weight in silver. Historically, Maitake has been used as a tonic and adaptogen. It was used as a food to help promote wellness and vitality. Studies have shown Maitake to have anti-tumor, anti-diabetic, and anti-viral properties. The Maitake is a powerful immune system promoter that fortifies the body’s cellular defenses due to the high antioxidant properties.  This mushroom contains polysaccharides which are among the most powerful. It's used as food to help promote wellness and vitality. When taken orally, it is easily absorbed.

Native to China, the Shitake Mushroom has been eaten for nearly 6000 years and used medicinally for 600 years. The Shitake Mushroom gained prominence during the Ming Dynasty (1368-1644), where they were considered the “elixir of life” and was enjoyed only by the emperor and his family. Shiitake Mushroom is a rich source of protein, and supplies  niacin, riboflavin, thiamin, potassium and iron also vitamins A, B, C.  Shitake Mushroom contains a number of health-stimulating agents and antioxidantsand more than 50 different enzymes including pepsin and lentinan, the polysaccharide for which it was named. Lentinan has been isolated and used to treat stomach and other cancers due to its anti-tumor properties, but has also been found to protect your liver, relieve other stomach ailments (hyper-acidity, gallstones, ulcers), anemia, and pleural effusion. Among lentinan’s healing benefits is its ability to boost the immune system, strengthening its ability to fight infection and disease.  Lentinan has been shown to be even very effective against influenza and other viruses, it even improves the immune system of individuals infected with HIV, the virus that can cause AIDS.  Shitake mushrooms also demonstrate antiviral, antibacterial, and anti-fungal effects. Shiitake mushrooms provide B-complex vitamins that benefit your metabolism by helping your body convert food into energy allowing blood sugar stabilization. B vitamins also help your body make red blood cells, protecting you from developing anemia.